Alien Technology’s management team has been recruited from among the leaders in the manufacturing and supply-chain management industries, and those who have been instrumental in the development and adoption of RFID technologies.

Mr. Xia is the Managing Partner of Shanghai Lianwan Investment Management Center (Limited Partnership). Mr. Xia started his involvement in IT area from the establishment of Shanghai governmental computer system and the promotion of implementation of information technology in 1980s. In 1995, serving as the Director of Information Office of Shanghai Municipal Government, Mr. Xia was in charge of Shanghai Information Port planning, policy making and information technology mass project organizing. In 1996, he was responsible for supporting and coordinating Hua Hong NEC project, which was China’s first 8 inch semiconductor processing line. In 1998, Mr. Xia became the first President of Hua Hong Group. In 2000, he established Xin Hong Investment Management Company as the Chairman of the Board with Shanghai International Investment Company, starting venture capital investment in Mainland China. In 2001, Mr. Xia started working for Hua Hong USA, establishing Hua Hong International for international venture capital investment. Mr. Xia earned both undergraduate and graduate degrees from Fudan University and an EMBA degree in the US. 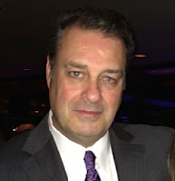 Terrel Pruett joined Alien Technology in 2005, with the directive to start, grow, and maintain a hardware reseller channel in the Americas, eventually assuming responsibility for Marketing and Alien reader sales, globally. Previously, he served as Global Product Marketing Director for Zebra, Director of the Global Thermal Printer program at Printronix, where he initiated and drove the development of the first RFID thermal printer, while also serving concurrently as Director of the Major Account Sales organization, and as the first Director of Channel Marketing at Monarch Marking Systems. At Alien Technology, he conceived and built the first comprehensive channel organization in the passive RFID industry, one that has consistently achieved market share leadership in fixed readers, and that contains many of the finest system integrators, software companies, and value added resellers in Auto ID. Terrel has a BA in Speech Communication and Rhetorical Theory from California State University, Long Beach.